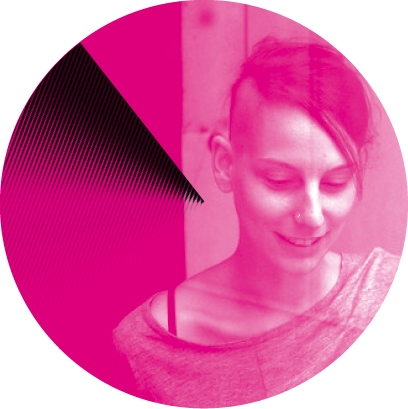 In 2012, Kathrin Lambert began her studies at HBKsaar. Previously active primarily in the areas of photography, video and media design, it quickly became clear to Lambert that she has a further passion: sound. She allows existing sounds to meld, to communicate with one another or to cancel one another out. Her pieces sound like music, without however bowing to its rules. Her focus lies on spatial concepts in which she attempts to work with given structures and combine elements found on site into pieces that enable the viewer/listener to experience spaces in an entirely new way.

Kathrin Lambert studied audio-visual art and sound art at HBKsaar with Prof. Andreas Oldörp, receiving a Master of Fine Arts in 2018. Her work has been featured in exhibitions and performances in Germany, Belgium, France and Estonia.

Prize winner (special distinction) in the 2015 edition of the sonotopia competition.