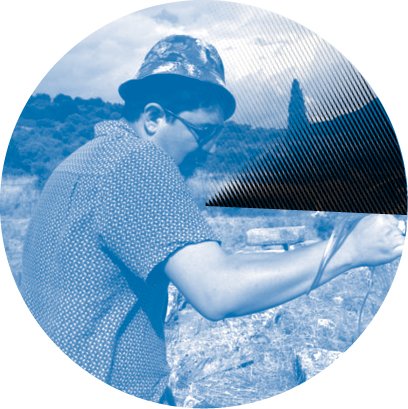 Pablo Saavedra was born in Santiago in 1987 and currently lives in Valparaíso, Chile. He is a visual artist (Arcis University) since 2010, but also works as curator, producer, manager, editor, craftsman, editor, designer, carpenter, teacher and in other areas close to the arts, almost always linked, to independent initiatives.
In 2008 he founds N.A.R. that after years becomes BieNar (2013-present). In 2009, he co-founded the contemporary art project Pia Michelle, functioning as a space until 2012 and as a collective-entity project up to the present. He is part of the permanent team of the sound art festival, Tsonami since 2015. He is also creator and responsible for the exhibition initiatives Galería Félida and Galería Llavero.
In his artistic work he uses diverse media and technologies, exploring objectivity, sound, action or other disciplines less related to the artistic norm.