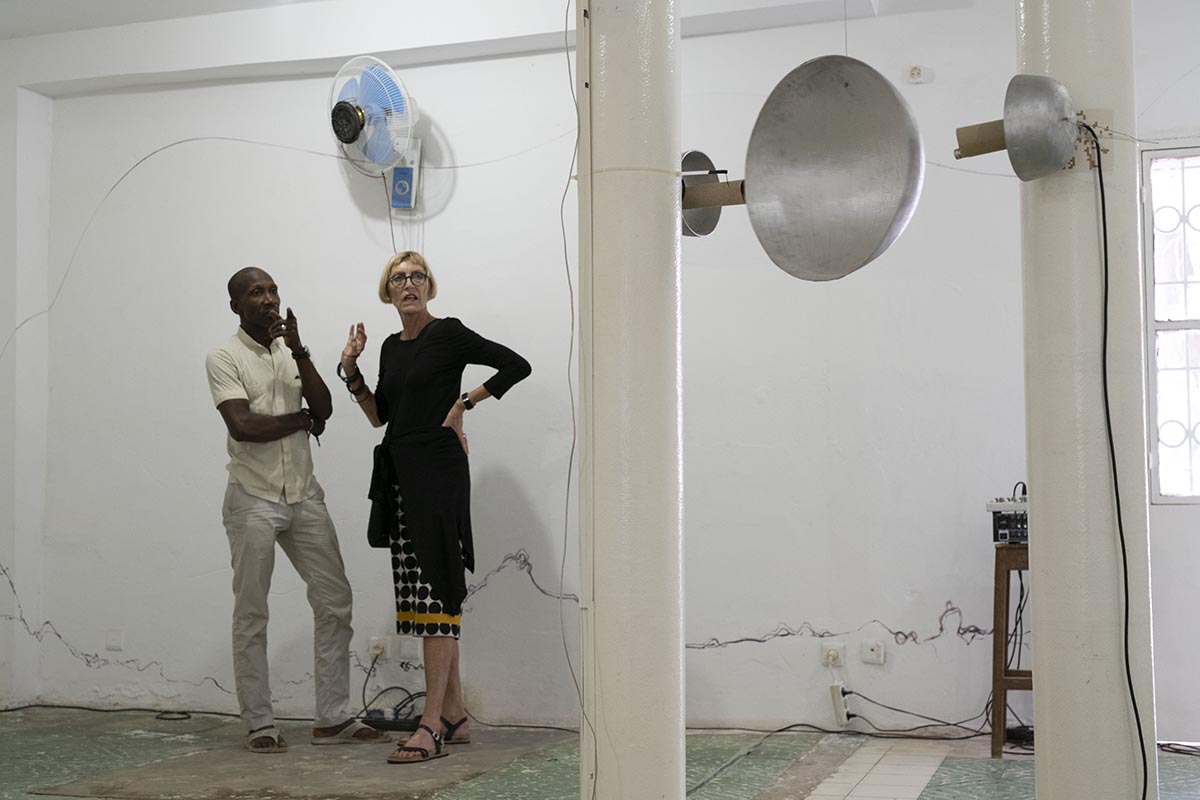 Rond-point 2 is the result shown during the open studios. The spacial installation is a composition of sounds produced by the resonating aluminum bowl that is played back by two speakers attached to two ventilators positioned across from one another. The turning bowl and the movement of the ventilators are both sequenced into on- and off-phases. The ventilators are rattling, low bass frequencies produced by the air entering the microphones and the resonance of the bowl itself.