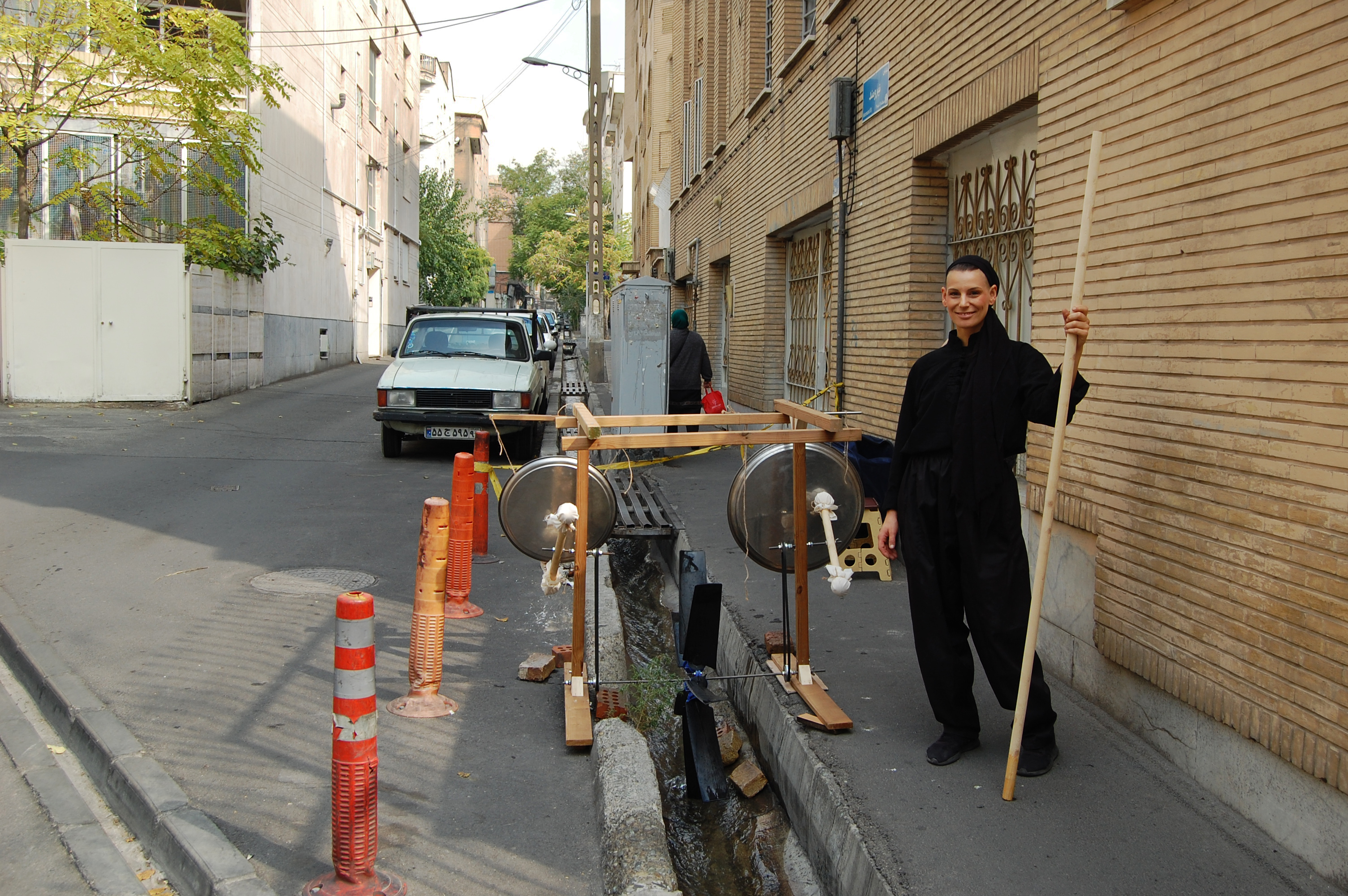 Tehran commands an expanded system of water channels all over the city. Most of them ran dry by the time we arrived, but some lead water all year long. Even a few are quite powerful. Roaming our neighbourhood I fortunately found one of them at a street called nirumand, which actually means powerful on farsi. That‘s the origin of my sound object.

Inspired by these small water channels next to the streets, I felt the urge to connect with this, human made but as well natural, energy source.

During my working process it turned out that I want to use a paddle wheel to collect the energy of the water. After a bit of thinking and imagining some ideas, I found some interesting materials during my [re]search on bazaars. I decided to take these big cheap metal tablets, which are very common here, and use them as a kind of chime. To play them, I want to build an automatically and analogue object. So basically, the artwork is an self playing instrument, which is constructed in the following manner. The paddle wheel is connected to a set of gears with a rod. Those gears are linked to another higher situated set of gear via two fan belts. This set of gears drives the self made mallets, which are hitting the gongs during their circular movement.

A very interesting point of this project was certainly the procurement of the materials with my German background. For instance to handle the total other way of how Iranian stores are organised. You are forced to run a half-marathon to get stuff from different departments and doing that you spend very much time in the busy streets of Tehran.

For the presentation I dressed myself in a kurdish worker dress to perform at the street. In my interaction with the object, I tuned it to create different qualities of sound. With the interaction at the spot I attract a lot of interested passersby and were able to let them get intouch with my project.