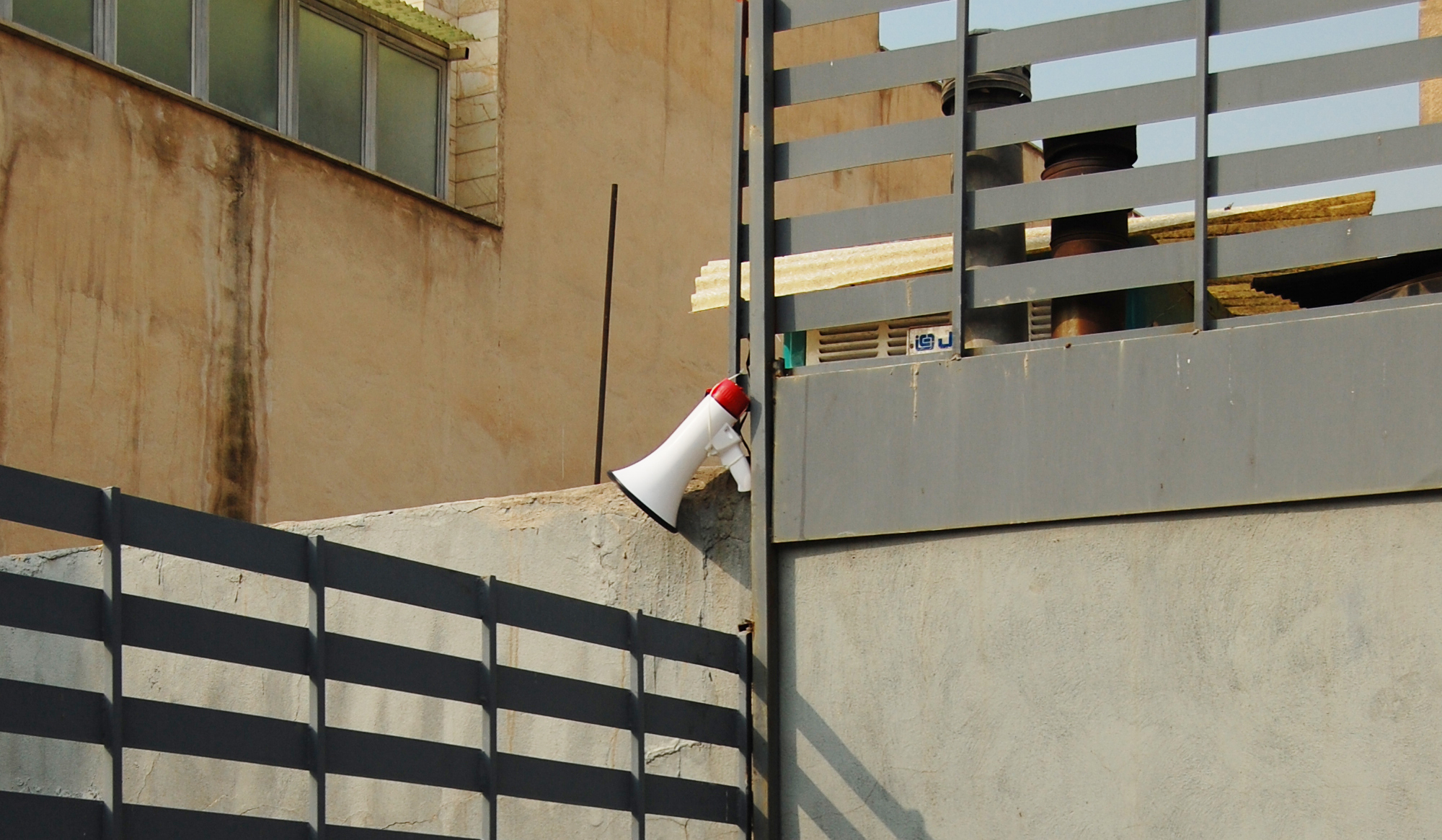 In connection to the excessive use of horn speakers in Tehran, for example at the mosque, the cars of the junk dealers, the bazaar and even in restaurants, I was recording a lot of these announcements. The mostly melodious impression attracted me as well as the exotic sound of the shouts and the strange custom itself. All of these announcements are like loops, because the criers shout the same sentences or words again and again. So somehow it get’s the impression of a mantra. In the most cases these criers are male, but in the mountains of darakeh, there were a female voice which calls up the order code. For a tonal design, they used a delayeffect on the voice to make it more melodious. Hearing this was a special event and gave me the idea to select these recordings to create a digital mantra out of it.

For the presentation at the open studio, I placed the megaphone on the roof top. So the sound was filling the yard of the gallery space.