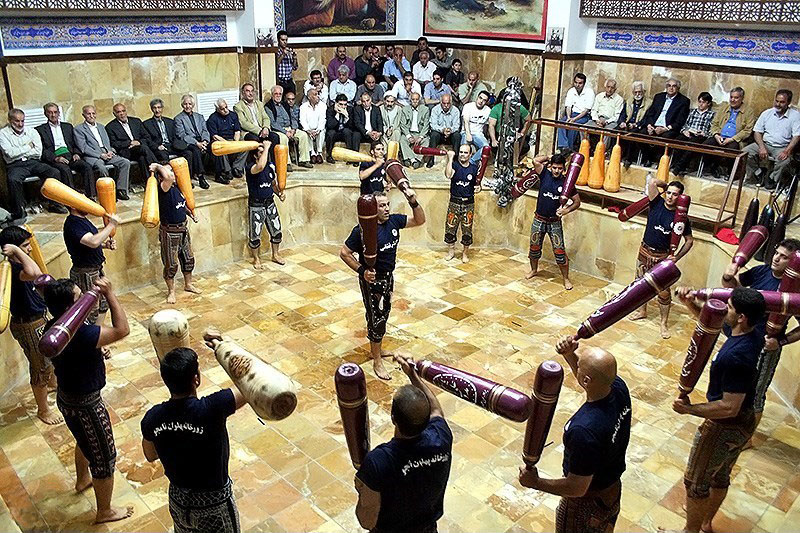 Federico Spinetti, who is the Editor of a highly recommended book Music, Sound, and Architecture in Islam made a very interestig documentary about Zurkhaneh which can be found here online: Zurkhaneh – The House of Strength